Harry was born into a mining family in Derbyshire, he was an active sportsman in his youth where he played County rugby for Notts, Lincs and Derbys and later trained as a Physical Education teacher at Leeds Carnegie. After National Service as a Physical Training instructor he joined the Central Council for Physical Recreation (CCPR) in 1943 as a Regional Representative, first in the North West Region and later in London before becoming the Regional Director in the Southern region. One of his many roles at the time was as a BBC commentator at the 1948 London Olympics at Wembley. During his time at Southern region he supported the development of the Basingstoke leisure centre and it was joked that it should have been named after him because it was located above a Littlewoods store!

However, it was with the foundation of the executive Sports Council that Harry came into his own in terms of sports facilities. He was appointed as the Council’s first Head of the Facilities Unit. In this capacity he inherited the implementation of the first national facilities planning policy set out in “Planning for Sport” and with regional colleagues set about advocating the importance of providing indoor facilities to encourage sports participation in Britain’s cold and soggy climate.

Very early on Harry recognised the importance of good management in ensuring that the newly created centres fulfilled their true potential to serve their sporting communities. He met with early managers such as George Torkildsen, Chris Field, Roger Quinton and Bernard Warden and concluded that their differing experiences in the then widely geographically dispersed and fledgling profession could benefit from a forum to exchange and compare ideas and initiatives. With this in mind he took over a Sports Council event which became the foundation of the Recreation Management Conference (RecMan) and was the first National forum for the profession.

Through his contacts with sports governing bodies he also at this time met Ted Blake, who was involved in trampolining and his company, Nissen International Sports Equipment. Together they came up with the idea of linking an equipment exhibition to the Conference, creating the Recreation Management Conference and Exhibition. The early RecMan events were mainly held in larger sports centres and thanks to the Exhibition were self-funding. However, due to the growth of the event most of the events after this date were held in purpose-built conference and exhibition venues including Harrogate, Brighton, Bournemouth, Blackpool, Wembley etc. Even though the Sports Council was primarily concerned with facilities in England, Harry felt it was important to spread the message and organised events in Cardiff, Edinburgh and Belfast, as well as the various English regions.

As well as RecMan, Harry and Ted also initiated the Sports Council Award for Sports Centre Management as a method of raising standards and spreading best practice in the management of centres.

Harry’s role in the planning and provision of centres was also important. Working closely with Bernard Atha CBE (see Gamechangers list) the then chair of the Sports Council’s Facilities Committee and a leading member of the Association of District Councils. he encouraged the development of centres through the distribution of the Council’s limited Major Capital Grants Programme, which provided seed corn funding for many early centres.

In 1978 following pressure from the Regional Councils, Harry, working with the then Minister of Sport, Denis Howell initiated a special grants scheme to fund “Sports Facilities in Areas of Special Need.” This policy was aimed at areas of urban and rural deprivation and aimed to provide palliative solutions to the problems of disaffected young people in the hope of channelling their energies into constructive sporting activities. The scheme funded kick about areas on housing estates, boxing gyms in inner city areas, “sportsmobile” travelling sports programmes in areas remote from formal facilities and other projects. The importance of sport in such areas was endorsed by the Scarman Report following the 1981 Brixton riots and by Michael Heseltine following similar events in Toxteth, Liverpool.  However, the lack of an element of revenue funded sports development workers meant that many of these schemes did not fulfil their full potential, an omission later addressed by the inner city based “Action Sport” initiatives.

As well as his active involvement in the leisure professions Harry was also a capable administrator, he oversaw the revisions of the Sports Council’s facility planning policies including the first national swimming pools strategy, the first national facilities strategy and the revision of the planning guidance on sports halls (Sports Halls a New Approach to their Dimensions and Use” 1975.) He was part of the group which assisted Denis Howell in drawing up the 1975 “White Paper on Sport and Recreation” (Command Paper 6200) This was the first and still the only Government White Paper on Sport and it set out the concept that sport was a “public good” on a par with education, the arts and other socially beneficial activities as the following quotation from the White Paper, which could be a summary of Harry’s philosophy, shows –

“Where the community neglects its responsibilities for providing the individual with opportunities and choice in the provision of sports and recreational facilities, it will rarely escape the long-term consequences of this neglect. When life becomes meaningful for the individual then the whole community is enriched.”

Harry was a lifelong supporter of the Labour Party and the Trade Union Movement and his association with major Labour figures such as Howell, Atha and Len Murray at the TUC enabled him to influence policy both inside and outside the Sports Council.

Following his success as Head of the Facilities Unit, he was appointed Technical Director of  the Sports Council, a role in which he co-ordinated the work of the regions as well as having an overview on planning, design and management issues. He was (mostly) able to bring a national overview to the often disparate views of the Regional Directors due to respect with which he was held by many of them. 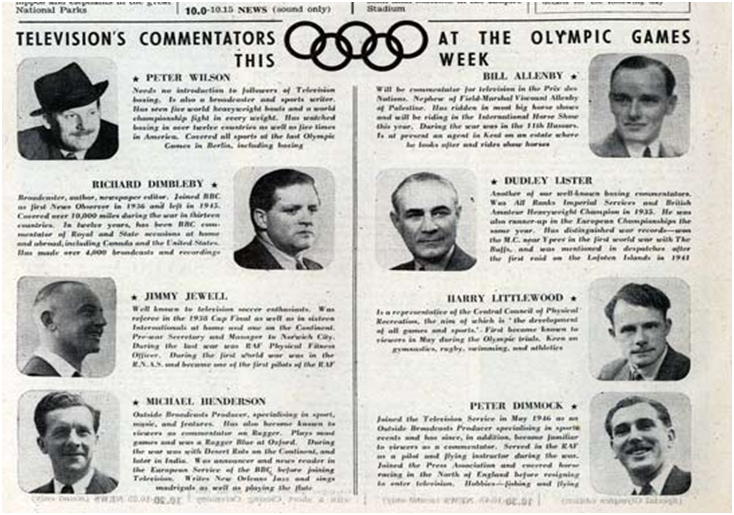