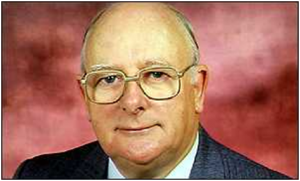 Denis Howell was the first UK Minister for Sport and played the foremost political role in the establishment of The Sports Council following the Wolfenden Report in 1960. His influence on the sporting scene was enormous. He was a Birmingham City Councillor between 1946 and 1956, MP for Birmingham All Saints from 1955-59 and for Birmingham Small Heath from 1961 to 1992. In 1992 he was made a life peer and a member of the House of Lords.

Denis Howell was the leading parliamentary crusader for the status of sport and its organisation in the years after the Wolfenden Report. He was encouraged to chair the first Sports Council that he saw established. Such was his continuous, high-profile commitment to sport that many people mistakenly regarded him as Minister for Sport ten years after Labour had lost power in 1979!

Born in 1923 and educated at Handsworth Grammar School, he started work at the Hercules bicycle factory in 1938 and later became a prominent trade unionist. This led him into political life, whilst maintaining business interests. Denis Howell was great supporter of the emerging recreation management profession, attending Association of Recreation Managers annual dinners. 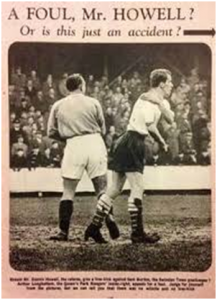 His enthusiasm and meticulousness meant he proved an ideal candidate to lead the CCPR 2-year enquiry into the sponsorship of sport. The Howell Report on Sponsorship in 1983 produced 73 recommendations. He continued with his support for sport through his time in the House of Lords and is remembered as a great friend for all in sport.