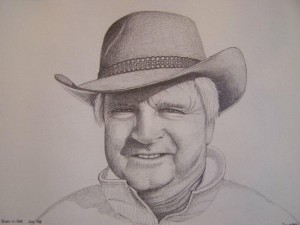 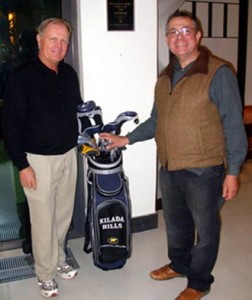 Peter Sargent was one of the founding partners of sports and leisure architectural practice Sargent & Potiriadis (S&P), along with business partner Mark Potiriadis. The pair were among a small group of creative thinkers who transformed leisure architecture from the late 1970s onwards, with the creation of innovative sports facilities, leisure pools, health and fitness facilities and mixed-use schemes. The pair began their careers at Leeds-based Gillinson Barnett, a practice which spawned not only Sargent & Potiriadis, but also a significant number of other leisure specialists, including Charles Smith, Stuart Miller, Clifford Barnett Development, Bulldog Design and Graham & Lambert. They founded S&P in 1979.

Swimming pools, then purely competitive facilities, were reimagined by the practice as places to play. Projects undertaken in these years included the Gorton Tub Leisure Pool in Manchester, England; the Ryan Centre in Stranraer, Scotland; the Aqua Dome in Tralee, Ireland; a number of indoor water parks for Butlins and the athletics facilities of the University of Cambridge.

S&P were ambitious innovators in envisioning a broad base for their London-based practice, building in-house teams for operations, consulting and development, in addition to their architectural work. When they struggled to find clients to build the leisure concepts they’d invented, they set about arranging finance and brought teams together to collaborate in realising their visions. They were also one of the first to develop new concepts on a speculative basis to drive the leisure industry forward. Rob Guy, a former partner at S&P said they made a dynamic partnership: “To see Peter Sargent and Mark Potiriadis do a presentation together was to watch two masters of the craft.”

As with many in the profession, S&P was hit hard by the recession of the 1990s and ceased trading in 1991, to be reborn as S&P Ltd a few years later. The practice has worked on a wide range of commercial and public sector leisure and sports facilities since, including the London 2012 Olympic aquatic centre.

Sargent retired from architecture in 1998 to his Florida home, where he dedicated his time, passion, skill and creativity to writing, drawing, art and sculpture.  Peter Sargent died at his home in Florida in 2017. Potiriadis returned to Greece to work as part of the team delivering the Athens Olympics and was also involved in a number of commercial real estate and golf developments, such as Kilada Hills in Greece. Those who knew him will remember a warm, lively man who challenged and inspired those he met. Mark Potiriadis died in Athens in 2007.

The two have left behind them a legacy of playfulness and human-centric design. The practice was recently rebranded as Space&Place (S&P) under CEO Keith Ashton. “Those who knew Peter will remember a talented and respected man who challenged and inspired those he met,” said Ashton. “His legacy will live on and we have inherited and nurtured his passion for innovation.”

Throughout the 1980s and 90s, Sargent served on the editorial board of Leisure Media’s ‘Leisure Management’ magazine, and contributed a regular column, titled Peter Sargent’s Notebook ‘Jottings from a Leisure Architect.’ His thoughts on the sector, and the crucial importance of great leisure design, was and remains an inspiration.

Leisure Media CEO Liz Terry said: “Peter Sargent and Mark Potiriadis committed their careers to leisure architecture at a time when it received no recognition and had little status. Their passion, commitment, and belief that leisure was a valid and important part of life laid the groundwork for the industry as we know it today.

“Each day, we find joy in the time we spend in leisure buildings and many of the genres Peter and Mark created have influenced the way the industry has developed. We salute them both and recognise them as pioneers.”