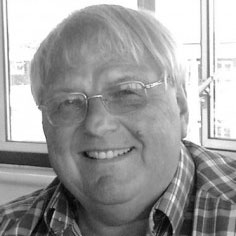 I identify with this pivotal point in the history and development of the UK Sports Centre and feel that we are the last practitioners to be able to tell and interpret the story from the beginning. From Harlow Sportcentre and the conversion of war time drill halls to the construction of modern major leisure centres with swimming pools, sports halls and conditioning facilities, the story is one of immense progress.

I trained at Carnegie College of Physical Education, Leeds from 1965 to 1968. Ron Pickering, a former student of Carnegie and a frequent visitor to the College acted as a ‘key role model’ as he had recently been appointed as manager to the Lea Valley Regional Park, North London.

I taught physical education at Minsthorpe High School and Community College, in the West Riding of Yorkshire. I started in leisure management at Basingstoke Sports Centre in 1969 under the tutorage of Bill Leadbetter the Director, moving to Worthing Sports Centre in 1972. I joined Horsham District Council in 1974 on Local Government Reorganisation to create a comprehensive Leisure Services Department. This encompassed Sports & Leisure Centres (including joint use with the County Council), parks, open spaces and sports pitches, museums, theatres and children’s play.

I began a part-time MA Degree in London in 1983 and in 1985 moved to a Director post at Hove Borough Council. The Hove post included responsibility for the King Alfred Sports Centre, tourism, civic buildings, entertainment, promenade, seafront and beaches and voluntary sector grants. In 1997 I took early retirement on the creation of the new Unitary Authority of Brighton & Hove.

I then undertook leisure and recreation consultancy and also began working with L&R on a number of projects including local strategies. From 1997 until 2005 I was Director of Sports Aid South East, a fundraising charity for young sports people with aspirations to become senior internationals and from 1997 until 2010 was a member of the Sussex Sports organisation.

My management career has been underpinned by the principles of ‘sports development’ which has also been instrumental in the great success of sports and leisure centres.