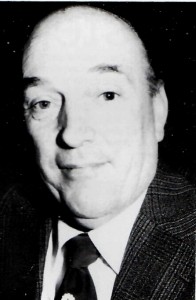 The late Alec Collins was an early Leisure Director for Macclesfield Borough Council from Local Government Re-organisation in 1974. He brought his administrative and management experience as a Town Council Clerk to recreation management. His wartime service was in the RAF, where he combined his navigation skills with piano playing, performing with many of the country’s leading musicians. He began his local government career in finance and administration, which led to him becoming Town Clerk of a Lancashire industrial borough. He then moved to Cheshire to become Town Clerk of Macclesfield RDC. Upon Local Government Re-organisation his love of sport attracted him to become head of the new combined leisure services department in Macclesfield Borough Council.

Alec formed and led the Cheshire Leisure and Amenity Services Officers Group, was a former Chairman of the Association of Recreation Managers and a major contributor to the work of the North West Sports Council. He was a key figure in the formation of ILAM by the merger of ARM and IPRA and served as ILAM’s first President from 1983 to 1985.