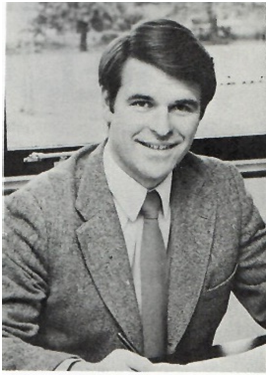 Roger Quinton was a founding Committee and Council Member of both the Association of Recreation Managers and the Institute of Leisure & Amenity Management (forerunners of CIMSPA). Roger edited a dozen of the early editions of its ARM News and was elected Chairman of the Association of Recreation Managers in 1976-77, and then again in 1981-82, when he played a key role in the amalgamation of ARM into the Institute of Leisure and Amenity Management (ILAM). 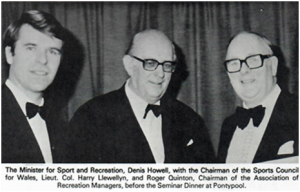 After training and working as a teacher, Roger entered recreation management in 1969 as Research Officer at Lea Valley Park Authority, working for Ron Pickering. He then moved into management within the Authority as Assistant Manager at the Picketts Lock Centre. In 1974 he then moved to the newly formed Mole Valley District Council as Manager of Fetcham Grove Sports Centre, before it opened in 1975. His first success was to get the Council to rename the Centre ‘Leatherhead Leisure Centre’.

He then persuaded the Council to bring the Centre together with other leisure services into a single department. His flair for marketing also saw the arrival of the appropriately named ‘Mole Family’ swimming, dancing and generally enjoying themselves through the Centre literature.

Roger’s forward thinking was always in evidence in ARM News articles. In 1976, long before the approach was espoused generally, he argued for the role of the local authority not only as a provider but also as a catalyst, enabler and pump primer.

By 1978 Roger had been appointed to the post of Recreation Officer at Thamesdown Borough Council, based in Swindon. In 1981 he was then appointed as Amenities Officer (subsequently re-titled Chief Leisure & Tourism Officer) for Arun District Council, covering Arundel, Bognor Regis and Littlehampton.

His work in Arun was the apex of his frontline management career. Major successes included: –

Roger left Arun in 1986 and after two years with CIPFA as a consultant he established his own consultancy – Roger Quinton Associates – in 1988. This became the vehicle for further success with a wide variety of clients across the country, with projects ranging from leisure strategies and feasibility studies to building projects and staff development. In 1992 he went seeking a new office base and returned to say he had bought a farmyard! This became the Sussex Business Village and the base for his business for the next 6 years.

Roger’s management themes embraced quality of service; efficiency and effectiveness; measurement and review of performance; personal and organisational development; partnerships – in summary meeting and exceeding community expectations. Roger’s name remains synonymous with the highest ideals and values of leisure management that he embodied and passed to others to continue.