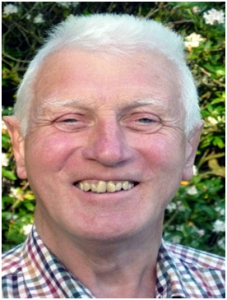 Ian Douglas was a pioneering Scottish manager at Bellahouston and Bishopbriggs sports centres. Ian trained in Physical Education at Jordanhill, and after teaching at Dollar Academy lectured in PE at Glasgow and Strathclyde Universities. He was appointed as Manager of Bellahouston Sports Centre at the age of 26 in 1967, Scotland’s first sports centre. Thus, Ian was the first Scottish community indoor sports centre manager in Scotland.

In 1971 he moved to manage Bishopbriggs Sports Centre, which was opened in 1972 by Princess Anne. He gained a diploma in management at this time. Speaking of Bishopbriggs he said, “There are few sports centres in Britain just now, but there are even fewer which have aquatic and dry sports together (as Bishopbriggs)”. Ian became Director of Recreation Services at Inverclyde District Council in 1976.

After family, Ian was fanatical about sport. He played rugby for Jordanhill and gained Scottish District colours and was active in rowing, basketball, squash and hockey and was a former Chairman of the British and Irish Basketball Federation. In 1971 Ian won a Winston Churchill Scholarship for Sports Administration and visited Western European sports centres to review design and management. He spoke that year at the University of Newcastle Conference on sports centres.

Ian was a highly influential pioneer in the foundation and development of the recreation management profession in the UK. He was a founder member of the National Executive Committee of the Association of Recreation Managers (ARM) and was an outstanding Chairman of ARM from 1974-5 and again from 1979-80. He continued on the Committee until amalgamation in the Institute of Leisure and Amenity Management (ILAM) in 1983 and served on the ILAM Council. He appeared in ‘Who’s Who in Scotland’. 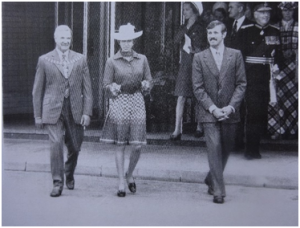 Ian retired from Inverclyde DC in 1996 after twenty years as Director of Recreational Services but continued his active involvement in sport and recreation. He was a Clyde Muirshiel Regional Park board member and a life member of Lochwinnoch Golf Club and organizer of the senior league. He also volunteered for the Abbeyfield Society and was on the local Children’s Panel for 20 years. Ian was always a very kind, helpful and patient professional, ferociously organized, and well-liked by all who knew him. Ian died in 2015.