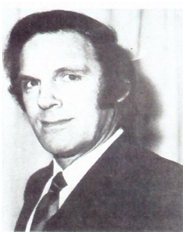 For over 30 years Jimmy Munn was one of the foremost influences on sports and leisure provision and its values and importance. Jimmy hailed from Ardrossan and his background in Scotland was the backbone of his leisure philosophy. He trained as a PE teacher and taught in Kilmarnock and Bristol. It was then as head of PE at a Comprehensive school in Coventry that he first crystallised his thoughts on the severe limitations of the social planning of the 1950s. “Large housing estates”, he would say, “35,000 population; 1 pub; F.E. and Y.S. programmes limited by membership and age for 200 days a year only; and a local authority planning an international swimming pool 5 miles away in the city centre – a sure recipe for neighbourhood boredom and frustration.” 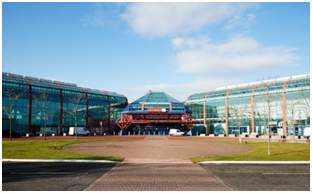 His interest was polarised when, as PE Advisor in Nottinghamshire, he was an enthusiastic member of the team which modelled the ground-breaking joint provision school-based centres based on a corporate approach between education and leisure. From 1969, as Principal Recreation Planning Officer for Monmouthshire County Council, he advised councils on recreation developments. Then the creation of Torfaen Borough Council in 1974 led to his appointment as its Director of Recreation and Leisure. This provided the opportunity, fully supported by the Council, to create a recreation service to his thinking. He was a great believer in good management, reflected in his key managers – Bill Breeze (Pontypool Leisure Centre – first winner of The Sports Council Management Award in 1976) and Geoff Whitson (Cwmbran Stadium).

After Torfaen he moved to Birmingham City Council as Director of Recreation in 1982, where he again sought to put municipal leisure at the centre of political life. Education and Leisure services were rationalised, based on his advice. His influence also came to bear on the development of the National Exhibition Centre (NEC). In 1985, speaking at The Recreation Management Conference in Blackpool, his paper, entitled simply Working Together, was quite outstanding. It pinpointed what had gone wrong locally, and more importantly the way ahead for communities. He was technical director for the Birmingham City bid for the 1996 Olympic Games, subsequently won by Barcelona (where the President of the IOC had been Mayor). After Birmingham, Jimmy was appointed in 1997 to the English Sports Council.