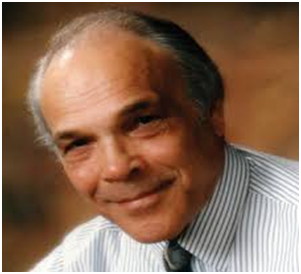 George Torkildsen was the founding father of recreation management and a pioneering ambassador for leisure. George was the first indoor community sports centre manager in the UK and went on to become the most influential manager, motivator, thinker, writer and consultant across the sports and leisure scene over a period of 40 years. He was appointed and commenced in post as Deputy Manager at Harlow Sports Centre on January 1st, 1961 (initially the Centre’s Trust Board was legally the ‘manager’). George soon became the designated manager.

From 1961-64, George worked tirelessly to develop sport and recreation within the Harlow community. A significant step was to form the YSA (Youth Sports Association) the success of which was due to George’s ability to bring together sports clubs, coaches, volunteers from the community and most of all to inspire the young people of Harlow to get involved. In 1964 the Harlow Sportcentre sports hall was opened 3 weeks ahead of that at the Crystal Palace National Centre, making it the first indoor community sports centre in the UK.

George’s own formative career was not in leisure at all but in the army. Born into an army family, his early pre-war years were spent in India. George joined the army (RAOC) in 1952. He came top in selection Board exams and was posted to the war office. A potential army career soon switched to physical education. From 1955-57 he trained as a PE teacher at Loughborough and then gained a 3rd year diploma of education with distinction. His first appointment was at Brays Grove Comprehensive School Harlow and he taught swimming at a school pool in the evenings. In 1960 he organised and ran a town wide playscheme over the school summer holidays on eight sites, funded by the YWCA. There his talent was spotted for the developing Harlow scheme.

George’s expertise was built on a solid base – a first and then second degree; a Fulbright Scholarship in the USA; a Churchill Scholarship in Sweden; a Doctorate in London – all contributing to his understanding of policies for leisure and their effective implementation. George and Ron played  important roles in the founding of the Association of Recreation Managers in 1970.

George became a trustee of the Harlow Sportcentre Trust in 1977. He met Ron Pickering through Picketts Lock Centre and the two formed a consultancy – the Pickering Torkildsen Partnership. When Ron died it became the Torkildsen Barclay Partnership. As George’s consultancy work developed, he continued to be based in part of the centre and acted as advisor to the Trust. His consultancy work and success spread worldwide. From 1996 to 2004 he was Chair of the Board of Directors of the World Leisure Organisation (WLO).

George was a prolific writer of articles and for many thousands of students he will be best remembered as the author of the classic textbook, Leisure and Recreation Management. First published in 1983 and now in its sixth edition, the book quickly became the standard text for studying leisure management. It is still the only textbook that covers all the key topics taught within contemporary sport and leisure management courses.

Consistently over the years, George was a true educator and willingly shared his experience and expertise – through his books, his lectures and through example in many development projects in many different countries. For those working with George, early respect soon deepened into admiration. Admiration – particularly for his voluntary contribution to so many causes. This voluntary work spanned from many local charities in Harlow to national activities such as the NPFA.

In 2005, shortly before his death, he conceived an International Innovation Prize for leisure management projects, known now as ‘The George’. In recognition of his lifetime contribution, the WLO established The George Torkildsen Literary Award for annual presentation.

How often, over the last few weeks, have we all, as individuals or in organisations, recalled the first time we met George Torkildsen.

Almost 30 years ago, as a young professional in the Scottish Sports Council and in a fast developing leisure industry, I remember listening to George giving a lecture on his experiences as manager at Harlow. It was clear even then and so many years ago, that his ground-breaking work in leisure and recreation management had gained him enormous respect. Respect – not just in the UK but throughout the world. Since that time, and consistently over the years, George willingly shared his experience and expertise – through his books, his lectures and through example in many development projects in many different countries.

George’s expertise was built on a solid base – a first and then second degree; a Fulbright Scholarship in the USA; a Churchill Scholarship in Sweden; a Doctorate in London – all contributing to his understanding of policies for leisure and their effective implementation.

This widespread respect for George has been reflected in the many dozens of messages from every part of the world marking his contribution – messages especially from his former students and from young professionals who today will also be remembering George’s contribution to their formative careers.

George’s own formative career was not in leisure at all but in the army. Born into an army family, his early years were spent in India. It must have been some shock for the whole family when they sailed back from India to Liverpool in the mid-1940s and to the country at war.

After the war, a potential army career soon switched to physical education at Loughborough, to national service and eventually to a teaching job in Harlow and marriage to Margaret. It was in a summer school that George’s managerial capacity was spotted and soon after he became the manager of Harlow. The fact that he was a young professional in a very young profession is reflected in his fee for the long summer school – a whole £100, spent, Margaret tells me, on a new carpet for their new home.

For those working with George, early respect soon deepened into admiration. Admiration – particularly for his voluntary contribution to so many causes. This voluntary work spanned from many local charities in Harlow to national activities such as the NPFA. They were also at international level particularly through the World Leisure Organization where he played such an important role as Chair for some seven years until his retirement from that post in 2004. I am so honoured to have succeeded him as Chair and am determined to build on his legacy. I know that Margaret and the family are particularly pleased that Dr Gerald Kenyon, the immediate past Secretary General of World Leisure throughout George’s chairmanship is with us today. It is also notable that Gerry taught George during his Fulbright Scholarship over 40 years ago.

In all his elected positions, George was the epitome of the volunteer – giving willingly of his knowledge, experience and, above all, his time. Right until the very moment he died he was still giving, still full of ideas for the growth and development of the organisations to which he was committed. Indeed, just a few days after he died, he had been due to be with me in China (where he was also hugely respected and admired) to continue his voluntary work for World Leisure.

Respect and admiration – certainly. But there was also a third quality he attracted and that was love. Love not just for who he was as an individual but also for what he was – generous, steadfast, full of integrity, trustworthy and a man a great humour. There was always humour – and, most often, directed by George against himself. And, I have to say, much humour was needed especially in relation to his various travels.

His problems with travel clearly began during his National Service when he was working for the Ministry of Defence. He would recall that he was sent to Egypt to “help sort out the Suez Crises” but got only as far as Malta before the crises was over. Maybe just the threat of a Torkildsen lecture was enough!

Since then, how often in different parts of the world and at a variety of meetings have I heard people ask “Anyone seen George yet?” and we all knew that, once again, George was having one of his adventures:

Often the question would be “Anyone seen George and Margaret yet?” as in providing such marvellous support in all of George’s work both in the UK and all over the world, Margaret too would be part of these adventures. Even now, in my mind’s eye, I can see them both in Sweden in May of last year, very late in the evening, the night before a World Leisure Conference. There they are, suitcases in tow, over cobbled and deserted streets as they looked for a non-existent hotel in the wrong town and eventually taking a taxi to the right location at three times the cost of their original cheap Ryanair flight. A story shared by George and Margaret with their many friends at the Conference – getting everyone to laugh along with them over similar shared experiences.

Today I was hesitant about telling about George’s travel adventures as I did at his funeral. On leaving the reception after the funeral, I drove away in a hired car and after a mile had a flat tyre leading me to miss my flight. I swear I could hear George’s chuckle as he got his own back!

How fortunate we have been that George came into our lives and enriched them. Enriched them through the expression of his beliefs, through the consistency of his actions and, above all, through his outstanding example. This example will live on because of the legacy George leaves in his books, in the people he has helped to train and most of all in his wonderful immediate and extended family. I was always delighted to be part of that extended family who were all together for George’s 70th birthday party just last year.

For George himself, it is time for rest after a fully lived life. In the most recent edition of his book on leisure and recreation management he describes leisure as encompassing voluntary work; raising money for charity; holidaying, bucket and spade in hand making sandcastles with the grand-children; reading a novel, feet up, domestic chores completed, cosy and warm; or just meditating or day-dreaming. In addition to his busy professional life he achieved all of these and more – in contributing to the lives of his family, his friends, and all of his various communities at home and abroad.

Teacher, leader, mentor, manager, volunteer, friend – as well as devoted husband, father, grandfather and brother. So many roles played by one man. In all of these roles George was respected, admired and loved. It would be a fulfilled ambition to attract just one of these attributes; to attract all three is the mark of a very special person. George Torkildsen attracted all three in abundance.