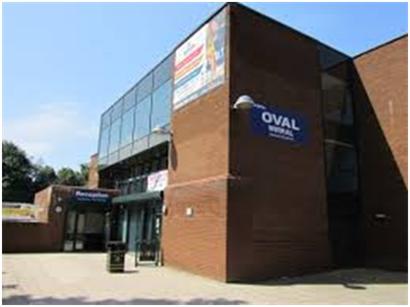 The Oval Bebington, Cheshire, (sometimes referred to as the Bebington Oval and Port Sunlight) is a municipal athletics stadium with a sports hall in Bebington, Merseyside. It opened in 1973 and its first centre manager was Denis Woodman, who became Director of the Countryside & Recreation Division, Cheshire CC, and Chairman of the Association of Recreation Managers.

The ground has an eight-lane running track which was originally paid for by Lever Brothers in the 1920s but has since undergone an upgrade. The track is regularly used by Wirral AC and many competitions such as the Merseyside Championships.  It is the home to the athletics club Wirral AC. The venue has played host to Tranmere Rovers F.C. reserve and ladies teams. 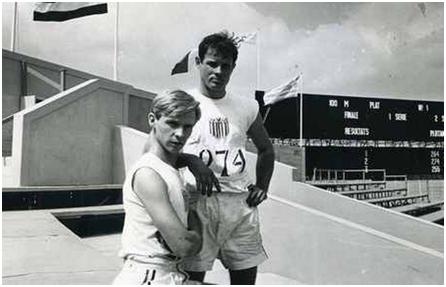 It was featured in the film Chariots of Fire and represented the Stade Olympique Yves-du-Manoir. Bebington Oval, was chosen because it was one of the few period stadia which still had a cinder track at the time.