Yorkshire: East and West Ridings. (Based in Leeds)

“The Government have concluded that the time is now ripe for the establishment in England of a strong and unified regional machinery to consult and advise on needs and provision for sport and all forms of outdoor recreation on a region-wide basis. The successful experience of the last ten years with the Regional Sports Councils … leaves no doubt that this is the right model for the new organisation. In the Government’s view the new machinery should be independent of central government, should bring together representatives of local authorities and of a wide range of user and other affected interests, assisted by representatives of all the relevant government agencies and, more specifically, should be so structured as to be able to make a balanced regional assessment of the relationships and interactions of conservation and outdoor recreation in the countryside.” 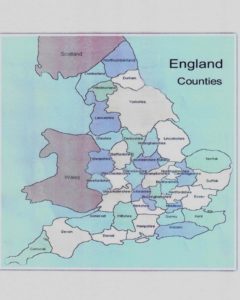 REGIONAL OFFICES and COUNCILS after 1974

[Note: Subsequently Greater London and South East divided into the two regions but shared a base at Crystal Palace NSC; later South East and South merged into an enlarged South East region.  Also subsequently, Cumbria was re-allocated from the Northern to the North West Region] 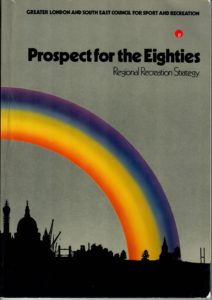 User and Other Affected Interests

Innovation to Normalisation: Assessment and Redefinition

An end to an era?

“The delivery of sport to the individual has depended on working in partnership with local authorities, voluntary organisations, schools and other agencies. Many of these bodies have themselves had to adapt to the challenges of significant changeover the same period. Local government reorganisation, compulsory competitive tendering and the local management of schools have all impacted on the organisation and development of sport in one way or another. Constraints on Government expenditure have combined to add pressure on all those involved ….” [Chairman’s Foreword, pages 2 & 3]