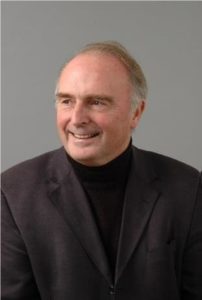 John is an architect by profession. He was Head of the Sports Council’s Technical Unit for Sport for 21 years and lead author of the Council’s ‘Handbook of Sport and Recreation Building Design’ which influenced the development of many centres. He was also a leader of the Standardised Approach to Sports Halls (SASH) project.

He has been senior adviser at sports architecture specialist Populous since 1996. Geraint helped produce the IOC’s Sustainable Stadia Guide and advised on the permanent stadia exhibition at the renovated Olympic Museum in Lausanne, Switzerland, the largest archive of Olympic Games memorabilia in the world. He worked on designs for three Olympic stadia during his career, including Sydney 2000, London 2012 and the Sochi Winter Olympics in 2014. The IOC recognised him for his contribution to the Olympic movement’s promotion of environmental and sustainable sports facilities for Olympics and Paralympics and awarded him the Pierre de Coubertin Medal. The award made Geraint the first British recipient of this special decoration since the medal was inaugurated in 1997.

Commenting on the award, he said: “To be the first British recipient of this award is quite overwhelming. Architecture has and will continue to provide exceptional service to the Olympic movement, and I accept this award on behalf of all the talented people from so many countries that I have been fortunate to work alongside.”

Craig Reedie, vice-president of the IOC, said: “The Pierre de Coubertin medal reflects the Olympic values of respect, excellence and friendship. Geraint has proved to be a great friend to the Olympic community, both in Britain and around the world, and brings a wealth of experience and expertise to Olympic design. The award of the Pierre de Coubertin medal is the richly-deserved recognition of a lifetime of service.”